3D
DESIGN
Executed in real scale
and as per GOST requirements

A unique process operation has been performed on the construction site of the Delayed Coker Unit at Omsk Refinery (the design and estimate documentation was prepared by OOO NIPI ONGM). This operation consisted in casting the bottom part of the concrete foundation of the Coke Drum Structure, which is the structure of the main reactors of the Unit. The grillage, a two-meter horizontal part of the pile foundation, is fairly large - 41 m х 17.6 m. The total weight of the grillage reinforcement exceeds 400 tonnes. The process operation lasted for almost 24 hours. A process team had been ensuring continuous concrete casting for 21 hours. 1300 m3 of concrete mix was cast. The mix was concurrently supplied from three plants, for which in–transit mixers had to take 185 round trips. 46 workers were involved in the concrete casting. High density of reinforcement, which is ~310 kg/ m3, made the concrete casting more difficult by requiring to ensure the concrete mix vibration. The Coke Drum Structure, that will become one of the largest cast-in-situ structures in the refinery, is a reinforced concrete base 31.5 meters high. In the future this structure will bear coke drums and steel structures of the derrick which will support part of the hydraulic coke cutting system. The total height of the structure will be 112.5 meters. The aggregate load on the bottom of the grillage under the Coke Drum Structure will be about 21 thousand tonnes. Similar works will be performed at the CDU/VDU construction site when preparing sites for two large-tonnage columns. 1400 m3 of concrete mix will be cast. 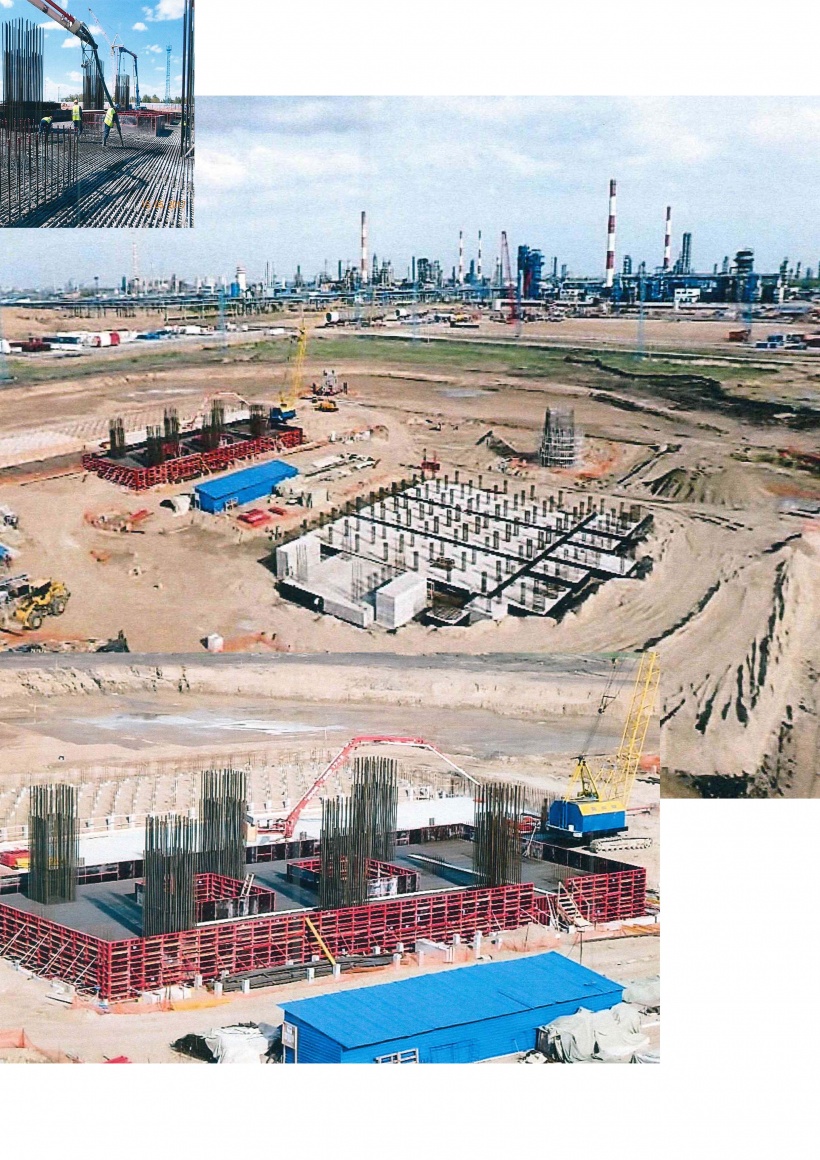